2020 is been a year full of experiences and surprises. This could be the softest way to describe this period. The last months have also brought us a vocabulary revolution. De-escalate, confinement, asymptomatic, social distance, PCR test, PPE… Just a bunch of events before COVID-19 pandemic has reached to modify our language so much in such a short time. To a geostrategic level, this change has also taken place. Last July we learned in Spain that Sweden, Holland, Denmark and Austria are “the Frugal Four”, instead of those spendthrift Sout European countries to which we are part of. The way we name things and describe concepts not only define a certain shape of reality, but it also draw their storytelling. Though we use to apply the storytelling techniques to personal branding and corporate communication, countries and regions have their own narrative. The one for Spain is, however, failing deep.

United States are a great example of what we can call “geostrategic storytelling”. The origins of the country made possible the link between USA and a wide range of values, emotions and principles that has passed through generations with few or any variation. Almost nobody argues America is the land of opportunities and liberties. In spite of West conquer was far from what western movies showed us, what remains in our minds is the courage of the pioneers and their enterprising soul to roul a wild country and be able to civilize it. That narrative is still present between startups and IT entrepreneurs, both magnets for foreign talent just as happened one or two centuries ago through the possibility to get a few acres in the Pacific coast or become multimillionare looking for gold by the Yukon banks in the Klondike region.

From PIGS to Frugal Four

While the United States’ storytelling has left a mark to all of us and is part of the intangible values of the country, it seems we are moving in a very different direction. 2008 economic breakdown urned South European countries into PIGS (Portugal, Italy, Greece, Spain). That archetype succeded because described the cliché usually conferred to us: lazy, unproductive, cheaters, party-goers… Last July, in the middle of the negotiations to activate a help package  to face the financial consequences of pandemia, the term Frugal Four got popular boosted by the self-interested: Holland, Denmark, Austria and Sweden. In front of those southern spendthrifts, there stand the cautious and austere northen neighbours. And in spite of the concept is being around for long ago, it has been now that the media has adopted it to describe a more efficient economic style. This is arguable, of course.

In front of those southern spendthrifts, there stand the cautious and austere northen neighbours

As use to happens with brands, it is hard to understand that their emotional property belongs to users. Those are, as visitors or turists, who have been building the Spain storytelling from decades. The Spanish economic model devoloped in the 1960s, which made tourism the base for an economic turnaround, made it possible. In fact, it was so efficient that it is very difficult to us to change our speech and show that the scenery is totally different.

If we look for what foreigners highlight from Spain, we will find that the same references to entertaiment and gastronomy that we pushed in the past are still there: paella, flamenco, bullfighting, football (or just Real Madrid and FC Barcelona), Ibiza or La Tomatina. Where do stand the metions to innovation, technology, business, science, cinema or literature? There is no doubt that these references does exist, but in our minds, not in theirs.

U.S. News portal has a complete rank in collaboration with The Wharton School and Bav Group that analyzes metrics from nine different subjects to classify countries from best to worst. In 2019, Spain was in position 18th while all Frugal Four ranked above it. Are we doing so bad here? If we checked the figures, we will see that all the stereotypes associated to Spain have a cuantitative reason to be.

Spain has a remarkable 87,7 over 100 into the category “Adventure”, which includes how funny and attractive a country is, as long as the quality of its weather and the welcome attitude of their inhabitants. We are champions by far, in special over the United States. But if we go deep into categories as “Citizenship”, “Entrepreneurship”, “Open to Business” and “Quality of Life”, we will see we are defeted in all fronts.

Into categories as “Citizenship”, “Entrepreneurship”, “Open to Business” and “Quality of Life”, Spain is defeted in all fronts

In spite of those limitations or maybe because of them, tour storytelling keeps on building over all-time pillars. In 2012, the thoughest year of previous economic crisis, it was stablished the Government’s High Commissionated for Spain Brand. This institution, amongst other things, should be in charge of communicating abroad possitive facts about Spain. In 2018 Marca España became the Secretary of State of Global Spain. Last June, a few days before the end of the state of alarm, this Secretary of State launched its campaign “Spain for Sure” to generate confidence on the country. With flamenco music playing in the background, the faces turned to be, one more time, familiar faces like Roca brothers (gastronomy), Pau Gasol, Fernando Alonso and Rafa Nadal (sports) or Sara Baras (flamenco dancing), with a few of exceptions as of Ana Patricia Botín or Valentín Fuster, MD, PhD, who does not even live in Spain.

The years go by and the country storytelling is still the same. The country-brand message that we stream to the world is 100% touristic, which only focuses on a certain share of our economy, though very important. This way it is hard to change our speech when short-term objectives are placed ahead. In long-term a pandemic as this we are living shows how crucial is that our productive model does not depends on a single industry.

The time to change our narrative has come. The time to rule what describes us and show everybody other values that are part of us and should be our true labels, like biotechnology industry, renewable energy industry, IT entrepreneurship, a citizenship with a high level of inclusiveness, and a rich and living culture in areas such as literature, cinema, graphic design or music. Spain for sure, but with less cliché, please. 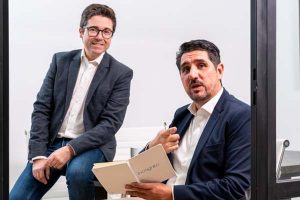 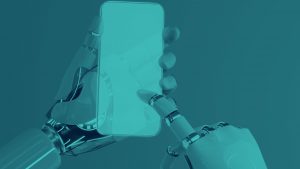 The key features of ChatGPT and generative artificial intelligences: risks and limitations 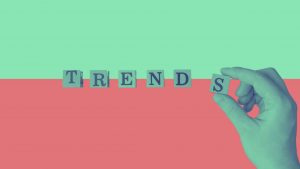 5 marketing and communication trends to watch in 2023 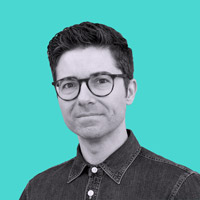 Search in this blog

You can find out more about which cookies we are using or switch them off in settings.

Get in touch with incognito

Arrange a call for more information

Want to be part of Incognito?

This website uses cookies so that we can provide you with the best user experience possible. Cookie information is stored in your browser and performs functions such as recognising you when you return to our website and helping our team to understand which sections of the website you find most interesting and useful.

Strictly Necessary Cookie should be enabled at all times so that we can save your preferences for cookie settings.

If you disable this cookie, we will not be able to save your preferences. This means that every time you visit this website you will need to enable or disable cookies again.

This website uses Google Analytics to collect anonymous information such as the number of visitors to the site, and the most popular pages.

Please enable Strictly Necessary Cookies first so that we can save your preferences!